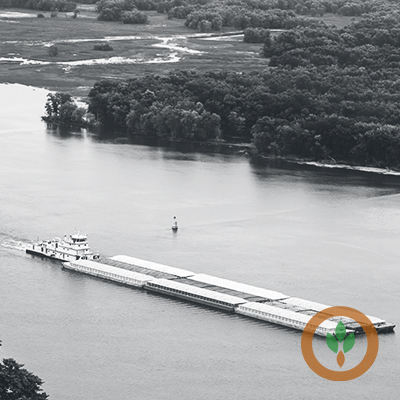 The president of the Missouri Corn Growers Association says updating lock 25 on the Mississippi River is not just important to Missouri farmers.

Jay Schutte, a farmer in Mexico, Missouri, recently toured two locks on the Mississippi River. The Mel Price lock and dam #26 at Alton, Illinois, “Which was just overhauled about 30 years ago. It has a 1200 foot chamber and a 600 foot chamber. We were there at a very fortunate time. We got to see a barge go through and saw how quickly that transpired.

In contrast, lock #25 at Winfield, Missouri is almost 100 years old and only has a 600 foot chamber.

“We saw them having to break a barge in half. Put one half through then take the other half through later. It’s about a two-hour process versus a 20 minute process.”

Schutte says the last time funds were appropriated by Congress through the Water Resources Development Act (WRDA) bill for lock 25, it was diverted.

“Lock and Dam 25 is very, very important to the Corn Belt. Not just Missouri, not just to Illinois but everybody upstream on the Mississippi. We’ve got to keep that flow of product going through there.” Schutte says they were told Lock 25 is the busiest on the Mississippi.