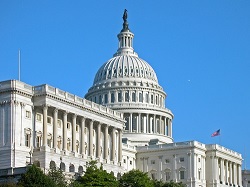 It would be tough to find a 24-month period during which the federal government shoveled as much financial aid and comfort to agriculture as 2018-2020.  The last two years or so have seen the perfect storm of trade wars, the COVID 19 pandemic, both salted liberally with domestic election-year politics.

Congress and the White House seem to be competing as to which can dole out more — direct deposit or paper check? — particularly since about $2.5 trillion in federal economic “stimulus” aid has been enacted in the last two weeks, and even before those checks hit the wires, there’s talk of a fourth bill and a bigger price tag.

In the next bill — the fourth — the jury’s still out on what it might contain other than “fixes” to the first three new laws.  House Speaker Nancy Pelosi (D, CA) – with a straight face – called the $2.2-trillion bail-out package a “downpayment” on federal assistance to cities and states, individuals and healthcare.  She also speculated on big money for infrastructure, a Democrat election priority.  President Trump is also talking about spending $2 trillion on highways, bridges, rail, air and commuter projects — also an election priority — this week tweeting, “this is the time…it should be “VERY BIG & BOLD”…focused solely on jobs and rebuilding our once great infrastructure…”

However, returning to money already to spend, farm, ranch and rural small businesses exploded in outrage early this week when the Small Business Administration (SBA) published preliminary rules governing the newly expanded Paycheck Protection Program (PPP), $349 billion in “loans,” which morph into federal grants as long as 75% of the proceeds are used to cover small business payroll, not counting foreign workers or contractors, says the American Farm Bureau Federation (AFBF). The rest can be used to pay rent or mortgage interest, utilities and other operating overhead.

Over 30 ag and agribusiness groups descended on the SBA, the White House and Congress when they read farms and other rural businesses appeared to be ineligible for this pot of gold.  Capitol Hill rained all over the SBA demanding to know the reason why farms et al weren’t eligible.

Then late Thursday, April 2, all “confusion” over ag producer eligibility disappeared – some local SBA offices had been telling callers no farmers need apply – when SBA published its interim PPP final rule and all agriculture exclusions vanished in the agency’s “update and clarification.” All producers are eligible, and all Farm Credit System banks will be participating.

Under PPP, applicants can seek up to $10 million, based on eight weeks of average payroll, plus 25%.  Loan amounts can be calculated by multiplying the average monthly payroll for the last year by 2.25%, according to one report.   Employees must be retained or quickly rehired, and salaries must be maintained.  Farmers can also access the SBA Economic Injury Disaster Loan (EIDL) program, which provides loan advances up to $10,000 on working capital loans, maxed out at $2 million.

There’s also an employee retention tax credit for all businesses.  The credit is 50% of up to $10,000 in wages paid by an employer who finds business “fully or partially suspended” due to COVID 19 restrictions/recommendations, or watches revenue drop by 50% or more.  The Treasury Department handles this money pot.

While taking heart in the fact Congress did ultimately top off the Commodity Credit Corp.’s (CCC) emergency borrowing authority account by $14 billion, pretty much guaranteeing a third tranche of Market Facilitation Program (MFP) payments along with surplus commodity purchases.  So far, about $26 billion moved to producers in the first two waves going back to late 2018.

Then there’s a new $9.5-billion account at USDA for which livestock interests lobbied hard.  Expanded on the Senate floor to include money for specialty crop producers, this week more than 140 members of Congress told USDA in a very bipartisan way the department better pony up “swift assistance for cattle producers,” even while admitting they don’t know “the full market impact” on other commodities from COVID 19.  The problem is USDA either doesn’t know or isn’t saying how the $9.5 billion will be doled out.