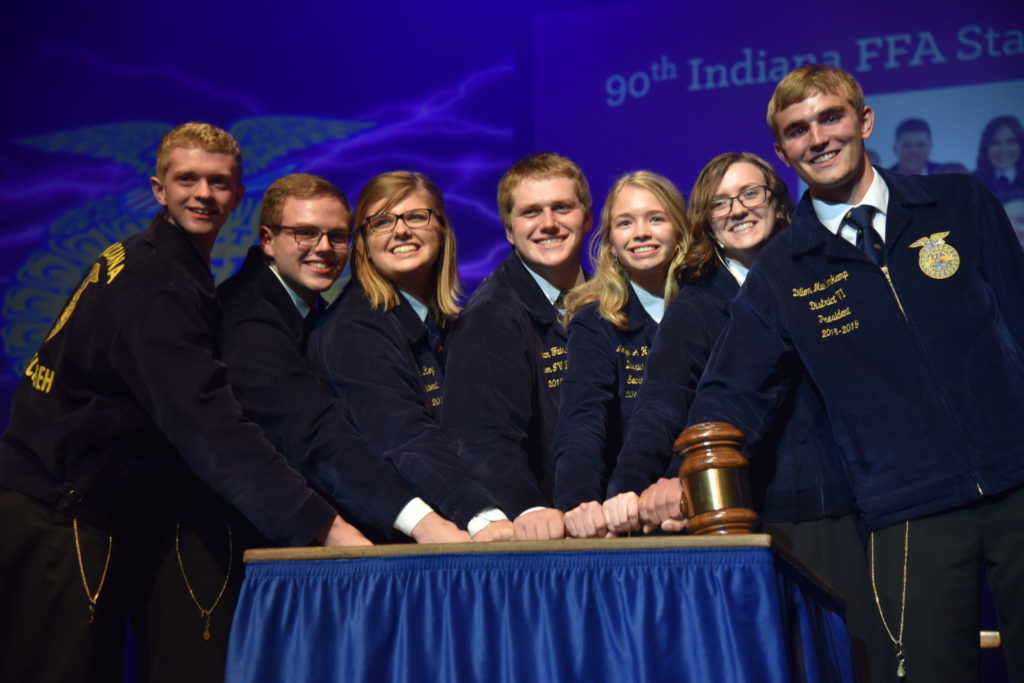 Indiana State FFA Officers are adjusting to a new normal after chapter banquets, district conventions, spring career development events were cancelled because of the coronavirus pandemic.

The seven state officers typically live and work together at the Indiana FFA Leadership Center but were recently sent home.

State Sentinel Eion Stephens says the officers decided to launch a new social media campaign to stay in touch with FFA members and share positivity during this time of uncertainty.

“When I get down I like to talk to a lot of people so I’ve been reaching out to as many members as I have contact information with, just checking in, seeing how they’re doing and sending positivity their way,” she says. “I’ve also been writing letters to some of my teammates and family members.”