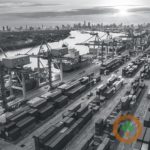 US officials have rejected Mexico’s proposed compromise on biotech corn imports after a series of meetings in the country on Monday.

Mexican President Andrés Manuel López Obrador announced in late 2020 that he would implement a decree banning biotech corn into the country beginning in 2024.

A statement from the U.S. Trade Representative’s Office and USDA on Monday said the changes offered by the Mexican government threaten to disrupt billions of dollars in trade.