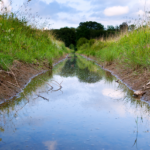 Nebraska State Senator Tom Briese says mega drought in the Southwest and development on Colorado’s Front Range has increased demand for water from the Ogallala Aquifer putting the state’s farmers and ranchers at risk. “Is there something like this in the foreseeable future? I’m not sure,” he says. “In the event when the demand because significant enough and the cost can be justified and there is enormous pressure to tap in and mine our ground water for use, I want to make sure there is a roadblock to prevent this.”

He tells Brownfield the legislation would block a proposal from any state trying to mine underground water for industrial or developmental use, but it doesn’t apply to local municipalities and agriculture land.