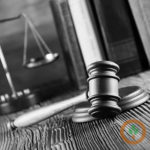 The Illinois Fertilizer and Chemical Association is keeping a close eye out for any pesticide related legislation being introduced in the new General Assembly.

President KJ Johnson tells Brownfield he expects there to be debates about atrazine, chlorpyrifos and Round-Up, but based on congressional action last year, he thinks a ban on dicamba and neonicotinoids could move quickly this year.

“I think they will try and make a major run at those pieces of legislation.