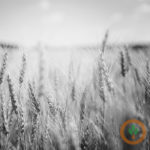 An ag economist says a lack of rain in the southern Plains has caused the wheat complex to trade sideways.

He tells Brownfield the wheat market has been volatile for several months.