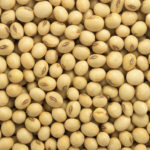 Renewable diesel is driving the demand for additional soy crush capacity, according to Reggie Kock, a merchandising manager for AGP.

“Overall, soybean demand is hot right now. There’s a real buzz in the industry. We’re going to increase crush by more than 300 million bushels based on the facilities that are reportedly being built.”

AGP is building a new soy crush facility near David City, Nebraska with an estimated completion date in 2025.