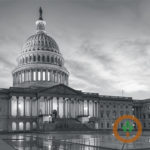 Legislation that would exempt farmers from proposed reporting requirements through the Securities and Exchange Commission didn’t make it through Congress in time.

More than 120 Members of Congress support H.R. 9063, known as the Protect Farmers from the SEC Act.  This bill and its Senate companion would have exempted farmers from what farm organizations call burdensome and crippling regulations.

Patrick Bond is the Communications Director for Congressman Frank Lucas from Oklahoma, who authored the bill.  He tells Brownfield the bill did not get added to the omnibus spending bill, even though it received tremendous support from farmers, ranchers, and ag organizations across the country.  Bond says Lucas will re-introduce the bill again in the 118th Congress, and he says Lucas will also be the senior Republican on the  House Committee on Financial Services, and may possibly join the House Ag Committee, where he can work to pass the bill.