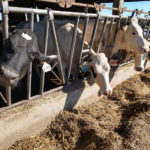 The decision is being praised by dairy groups including the National Milk Producers Federation.  Senior Vice President of government affairs Paul Bleiberg encourages producers to sign up. “I think the fact that payments did end up being made this year even though they were not initially expected is yet another example of how conditions can change from the time of sign-up until later in the year, so it does underscore the value of signing up.”

FarmFirst Dairy Cooperative President John Rettler says, “The DMC is an incredibly affordable risk management tool available to farmers, and it’s important to enroll regardless of price outlook.” And he says, “The milk markets can change quickly, and when they do, you’ll want to have this margin protection as part of your risk management plan.”