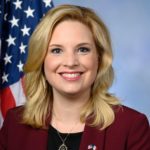 A US Representative from Iowa says the country should be expanding its use of biofuels rather than boosting oil production in Venezuela.

Chevron was recently granted a license to take over an oil project in Venezuela after the Biden administration eased some sanctions against the country.

Republican Ashley Hinson says the deal is bad news for US energy producers. “Instead of propping up the socialist Maduro regime,” she said, “President Biden should be adopting an all of the above energy strategy that maximizes our domestic energy production and helps expand the use of Iowa biofuels.”

She says biofuels would help boost the nation’s fuel supply and lower costs.