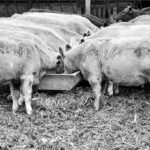 University of Missouri’s Scott Brown says demand strength will be the wild card for producers next year.  But, he says, maintaining it won’t be easy.  “If we’re going to have a 7% decline in beef production next year and let’s say we get a 20% increase in fed cattle prices,” he says.  “We’re going to have to have higher beef prices and potentially much higher beef prices.”

He tells Brownfield cattle producers face a lot of downside risk from the broader economy.  “People employed with higher wages, we may like that in terms of their ability to be able to spend on beef products,” he says.  “That may not help us on the inflation front but might give us more dollars to it to put on beef products.”

He says producers should consider using tools like the Livestock Risk Protection program to mitigate some of the downside risks moving forward.