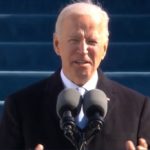 The White House has mixed messages about the negotiations between the railroads and their employee unions.

Earlier this week, Press Secretary Karine Jean-Pierre told reporters President Joe Biden is “involved directly” with the negotiations in an attempt to avert a strike, but Biden told reporters in Nantucket, Massachusetts Thanksgiving Day he is not personally involved yet. “My team has been in touch with all of the parties, in the rooms with the parties, and I have, uh, I have not directly engaged yet because they are still talking.”

Agriculture groups including American Farm Bureau Federation and the Soy Transportation Coalition want Congress and the White House to do what they can to avoid a possible December 9th strike.  Mike Steenhoek with the Soy Transportation Coalition says a rail strike couldn’t happen at a worse time for farmers because of the low levels on the Mississippi River where grain and fertilizer shipments are limited.