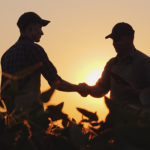 Nebraska Governor-elect Jim Pillen has selected rancher Sherry Vinton to be the state’s next ag director.

Vinton, the first Vice-President with the Nebraska Farm Bureau, owns and operates a large cow/calf herd near the western town of Whitman.

Steve Wellman, current ag director, will continue to be a leader, according to Pillen’s statement.