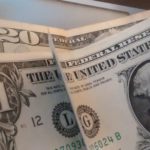 Farmer Mac chief economist Jackson Takich tells Brownfield with last year’s government programs and the current commodity prices, ag bankers are confirming that more farmers are showing a 2022 profit. “We saw a big uptick in the profitability level of farmers, so we have to question what percentage of your customers are going to be profitable this year, and on average, the response was 82%.”

And, Takich says it’s not just the commodity prices that are giving ag lenders a positive outlook.