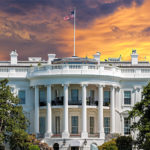 A member of the President’s Council of Economic Advisers says improvements to the supply chain have provided some relief to farmers and rural America. Jared Bernstein tells Brownfield that ocean shipping costs and air freight costs are down. “Goods are now getting from ship to shelf at the same rate they were pre-pandemic,” he says.  “This has been helpful to farmers and to exporters to get their goods out there to market.”

But, he says the administration needs to continue to address the high cost of energy inputs, like diesel, to give farmers a little more breathing room.  “The fact that the price of oil was $120 a barrel after Putin invaded Ukraine and it came down to around $90 to where we see it today,” he says.  That’s a move in the right direction, but it’s still high and the President has talked about trying to bring that down further.”

Bernstein made his comments in an interview with Brownfield following the release of the latest Jobs’ Report which showed the economy added 261,000 jobs in October.