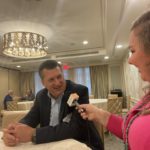 Syngenta is pushing back against a recently filed complaint by the Federal Trade Commission alleging one of its incentive programs inflates prices for farmers.

Syngenta president of Crop Protection Vern Hawkins says the FTC’s complaint isn’t based on facts. He tells Brownfield, “It doesn’t have merit, so we will defend ourselves. We were also disappointed that the FTC chose to do an op ed that went into the Des Moines Register, which arguably was swaying public opinion, because of some of the statements that were made in that article.”

Hawkins says the op ed alleges the incentives program would increase the cost of food and suggests farmers could charge higher prices for their end product if the program didn’t exist.

He says Syngenta doesn’t typically comment on active litigation or an active complaint, but, “It was really triggered by the FTC choosing to openly sway public opinion with that op ed and that we were being misrepresented, and our customers are of highest value to our business.