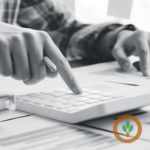 Ross Nelson of Newman Grove says yields on a 2015 crop were below the trendline. “When it came time to report bushels, I misrepresented the production on that farm.  I basically lied to the insurance company.  It was a large enough claim to require an audit and proceeded to lie to the RMA gentleman.”

The misrepresentation was discovered after an audit comparing crop yields to neighboring farms and he was paid $700,000 in crop insurance.