The Muscatine Academy of Dance invites your family to join them for a spook-tacular Halloween party on Friday, October 28 from 6 to 8 p.m.

An array of amenities are in store for children including a bounce house, temporary tattoos, games, and of course, candy!

The Muscatine Academy of Dance is located at 1514 Isett Ave. 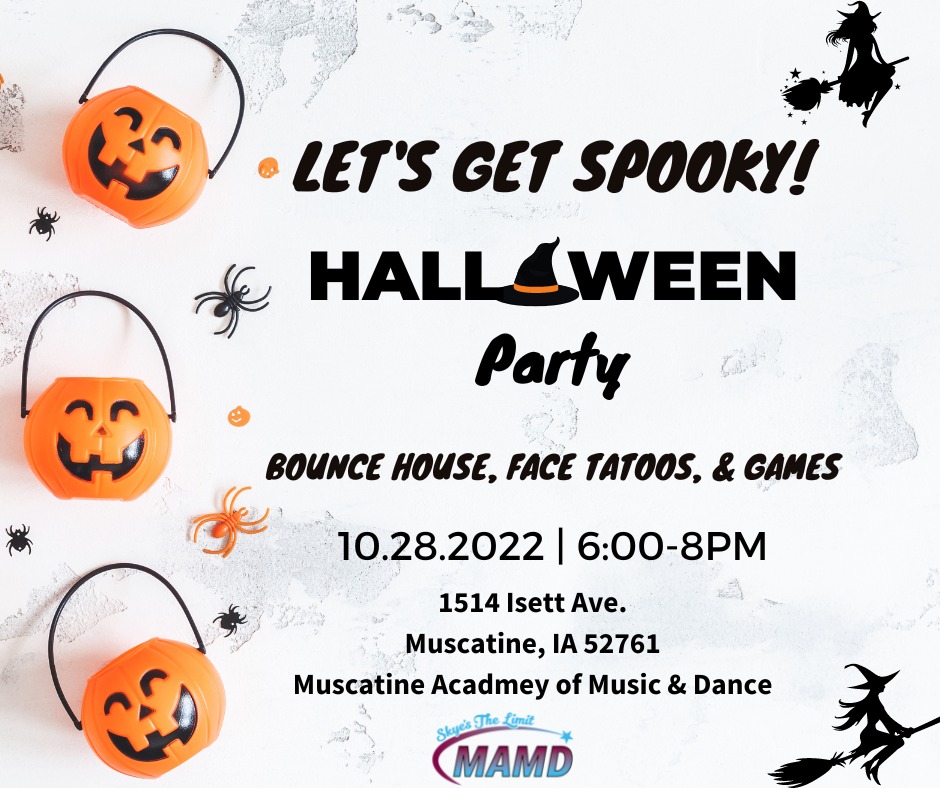