Stinky’s House of Horrors (SHH) in partnership with West Hill Bakery have announced that the spooky-themed cupcakes pre-ordered for their “Cupcakes For a Cause” event will be ready for pick-up tomorrow, Thursday, October 27.

Proceeds towards the 6-pack cupcake deal for $18 will directly benefit the The Salvation Army and Stinky’s House of Horrors. Orders will be available for pick-up at 911 E. 11th St. through Halloween, according to the most recent update from the SHH Facebook page. 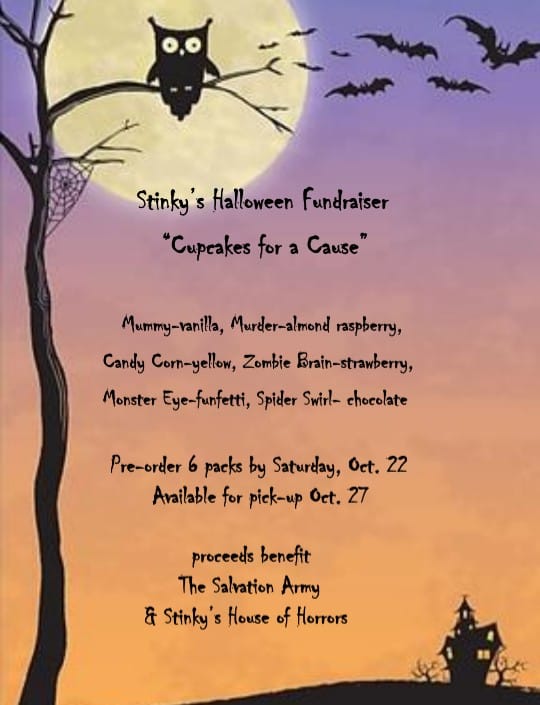