Addington Place of Muscatine has announced their trunk-or-treat event set for Friday, October 28, in the parking lot of the establishment located at 3515 Diana Queen Dr.

Children are invited to sport their most creative costumes and load up on candy and additional treats from various businesses and community members from 4:30 to 6:30 p.m. Market and food vendors will also be on-site. 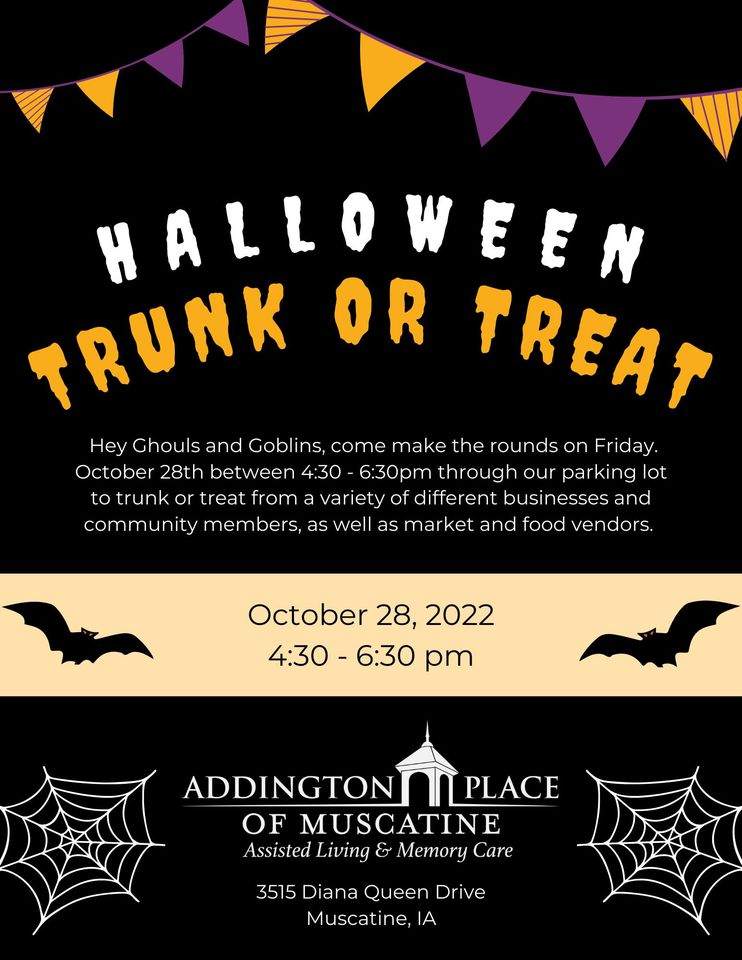