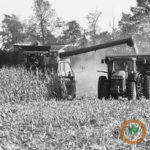 The National Corn Growers Association is asking the U.S. Trade Representative to intervene in a trade dispute with Mexico over its imports of corn.

Angus Kelly, Director of Trade and Biotechnology with NCGA, says the USTR needs to file a settlement dispute over Mexico’s potential ban of biotech corn. “And, give farmers and grain traders in rural America some legal clarity on what happens with these Mexico decrees that are supposed to be implemented at the end of next year because we’re out of time.”

Earlier this year, Mexico’s president said he would enact a decree that would end imports of corn grown using biotech and certain herbicides by 2024.