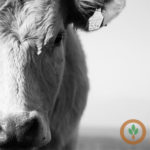 Placements came out at 2.08 million head, down 4% from September 2021, with the drought impacting many of the major U.S. feeding areas, prompting producers to put their smaller calf crops on feed.

Most of the cattle placed into U.S. feedlots weighed less than 600 pounds and up to 900 pounds and will head to market starting next spring.