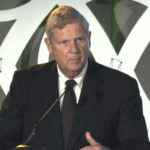 “This announcement is designed to increase capacity, increase the amount of fertilizer that’s being produced, and the ingredients for fertilizer being produced in the United States,” he says. “It would make us less reliant on sources from Russia, for example. In doing so the goal is to create a more competitive market which should result in more supply and lower costs for farmers.”

He says the USDA is hopeful applications will come from independent suppliers and not the dominant fertilizer companies.