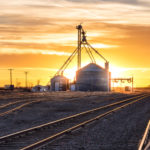 The head of the Soy Transportation Coalition says there’s some concern union officials won’t ratify the recent agreement that averted a railroad strike.

Mike Steenhoek says a number of unions are frustrated with the tentative agreement. “They were wanting more in terms of both wage increases, but also some of these time-off and scheduling concerns that they wanted to see more fully addressed,” Steenhoek said.

He tells Brownfield despite continued tensions between the railroads and employees, he does expect the agreement to move forward.