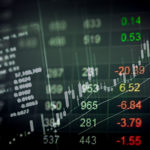 U.S. milk prices are on pace for a record-setting year.

“We’re looking at $25.70 right now as the likely average that’s going to come in, that’s significantly higher,” he says.

Vitaliano says three consecutive records were set and broken during March, April, and May as feed costs and inputs elevated prices.