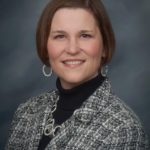 Fritz served as the chief executive officer of the Michigan Soybean Committee and worked in several roles in agriculture including as a crop insurance manager, a representative with the Michigan Farm Bureau, and a district sales manager for Monsanto.  She also farms with her family in Bad Axe.

Fritz will replace Chris Varner who is retiring to the family farm and is the third president of the company since it was established in Dansville more than 50 years ago.