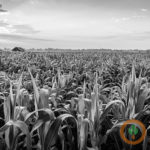 The USDA’s September crop production estimates might not bear much resemblance to the final totals published in January.

The next production update will have the department’s first field-based yield estimate of the season and could have changes to the planted area total following recent data from the Farm Service Agency.

Rich Nelson, Chief Strategist at Allendale Inc., tells Brownfield some big changes to yield numbers are probable in the coming months, “Though we may not have a dramatic change from August to September or September to October, from now until January, yes, there are certainly adjustments.