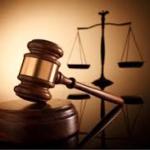 An appeals court decision will allow an agriculture coalition to present its case for removing wolves from the Endangered Species List.

Travis Cushman with the American Farm Bureau Federation says a 9th Circuit Appeals Court decision allows the coalition to appeal another decision by the same lower court. “The lower court made a couple of rulings that we really disagreed with, one of which was the one that was just overturned which prohibited us from being part of the case, but now this next phase will be whether or not wolves should have been delisted.”

Cushman says it will still take time to get a final decision on wolves, but this appeals court decision sets a precedent for other cases.