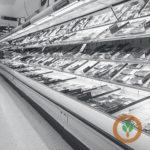 Inflation continues to grab headlines, especially with food at home prices up more than 13% from last year.

University of Missouri livestock economist Scott Brown says demand for beef and pork has remained strong, and he’s optimist it will hold.  “Lower food prices and some other costs starting to slow to me is a positive,” he says.  “I’m not saying whether we will or won’t eventually declare ourselves in a recession, but economic slowdown certainly hasn’t seen to take the shine off meat demand.”

He tells Brownfield that’s good news for beef and pork producers.  “Growing demand is the time I want to be in an industry,” he says.  “To me we’re still getting positive signs, despite some pretty large clouds starting to form.”

Choice Beef retail prices dropped $.04 from June to July, but were still nearly 24% above pre-COVID levels.