August 4, 2022 By Will Robinson Filed Under: Drought, Missouri, News 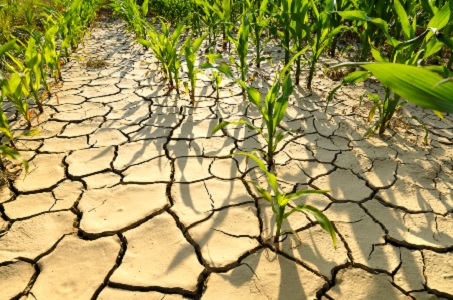 The most recent drought monitor shows a majority of southern Missouri in severe or extreme drought. Erin Fanning, director of the Missouri Department of Natural Resources’ Water Resources Center points to a drought report from a McDonald County farmer…

“The only living green thing left on that farm is ragweed, and it’s extremely wilted,” she said. “The herd on this farm is now on full hay and has been for 10 days and this farm is understocked. There are 27 adults (bison), eight yearlings, and 10 nursing calves on 125 acres.”

The committee is opening several resources for farmers including permits allowing 100,000 gallons of reservoir water use, waiving certain hay hauling costs, and opening Conservation Reserve Program ground for haying and grazing. But Missouri Farm Service Agency District Director Jeremy Mosley said opening CRP ground for use only helps so much…

He said emergency haying and grazing is free which is triggered by moderate to severe drought ratings.

“A lot of my neighbors are feeding hay right now…,” Parson said. “You’ve got the short-term affect (of drought), how do you fix that? But the problem you’ve also got to look at is the fall and the winter and how we’re going to deal with these situations.”

Deputy Director for DNR’s Missouri Geological Survey Jennifer Hoggatt encourages farmers and landowners to report drought conditions to the department for a more accurate state and national relief response. She said while it is raining in parts of the state…

“Right now, we’re seeing some isolated rains,” she said. “So, we had a gentleman call from Camden County and say ‘hey, the rain came; I could see it. It went north of my farm and I’m still dry but the [drought map] is not showing that’ because it is hard for us to understand these little pockets that are just getting missed every time.”

Hoggatt said Missouri DNR was then able to work with the national drought map author to recategorize a portion of southern Camden County under extreme drought.