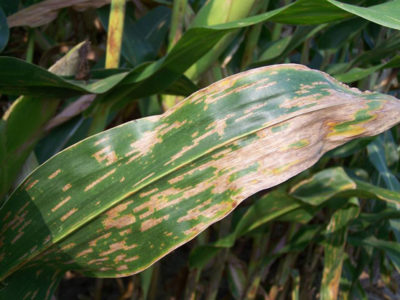 Meaghan Anderson with Iowa State University says she’s seen gray leaf spot, northern corn leaf blight, and other diseases this growing season, but… “The hot temperatures and lack of rainfall in this area has really allowed those diseases to stay in the lower canopy and stay at extremely low levels, as far as I’ve seen,” she said.

She tells Brownfield corn and soybeans are in a critical development phase, and farmers need to continue scouting. “In soybeans, we really keep an eye out for frogeye leaf spot and sudden death syndrome,” Anderson said. “That’s a seedling (issue) we may see with rainfalls coming up.”

Anderson says insect pressure has been another concern.