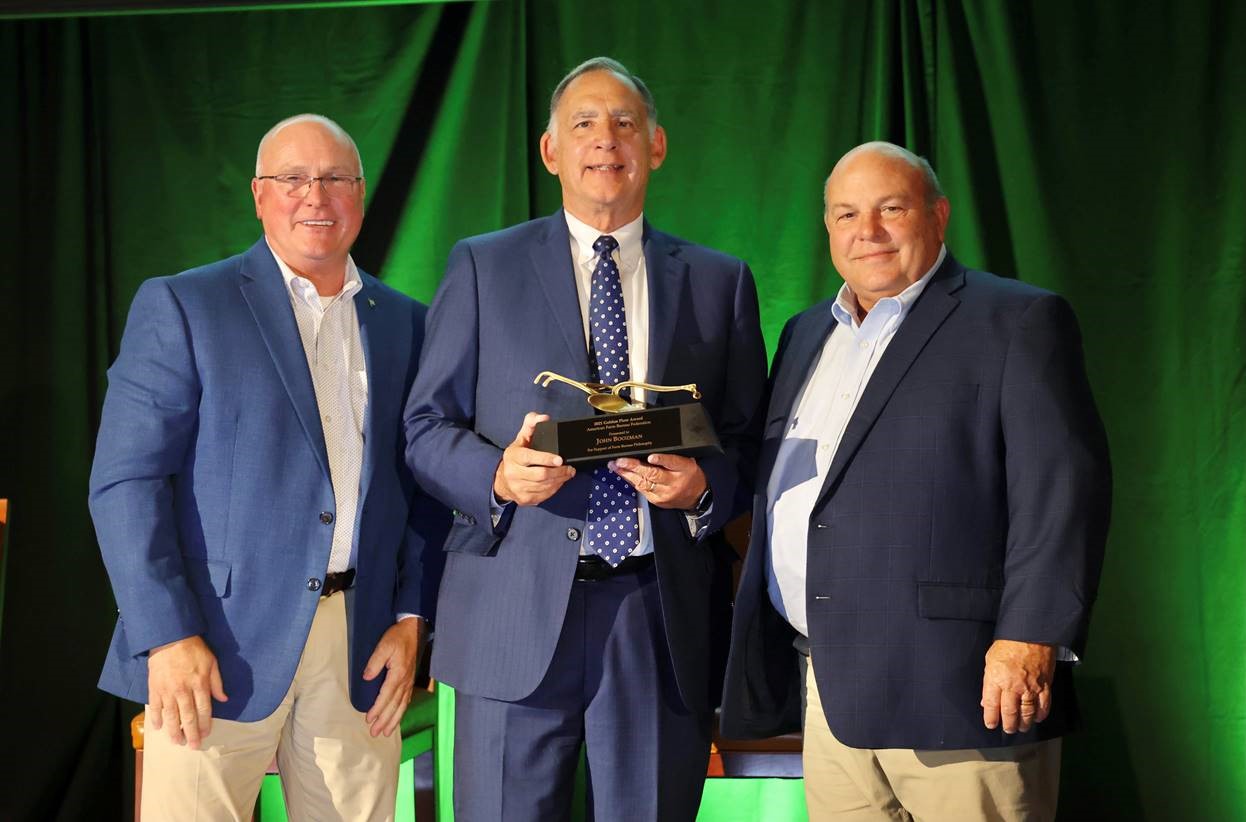 The American Farm Bureau has presented US Senator John Boozman of Arkansas, ranking member of the Senate Ag Committee, with its Golden Plow award.  This is the highest honor the organization gives to a sitting member of Congress.

Farm Bureau president Zippy Duvall says Senator Boozman has been named a Friend of Farm Bureau for 10 consecutive sessions for his commitment to agriculture and farmers across the country. Boozman was nominated by Rich Hillman, an Arkansas rice farmer and president of the Arkansas Farm Bureau.