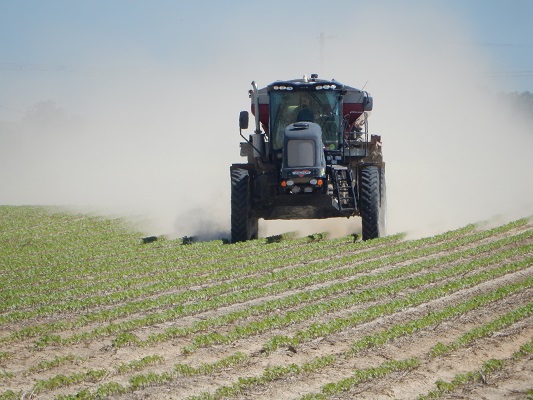 Two Congressional Republicans from Missouri are calling for President Biden to ramp up U.S. fertilizer production by ending his ‘war’ on natural gas.

Sam Graves tells Brownfield a recent push to increase tariffs on fertilizer from Russia, Trinidad and Tobago highlight the need for domestic production.

“We need to be dependent on our own means and own supplies for all of these things, rather than other countries,” he said. “Then, we don’t have to worry about the tariffs.”

In May, the White House announced a $500 million investment in U.S. fertilizer production.

The bill would reinstate protections and construction of the Keystone Pipeline, remove restrictions on liquid natural gas exports, and increase U.S. gas production by reopening oil and gas leasing on federal lands.

“Those are some practical things that would help bring down the price of gasoline for all Americans, the diesel for our truck drivers and our farmers,” Hartzler said.

The Representatives, along with 29 others, recently sent a letter to Biden saying fertilizer availability is critical to the global food supply, national security, and affordability.