Western Kansas farmer say his dryland corn, sorghum might be too far gone 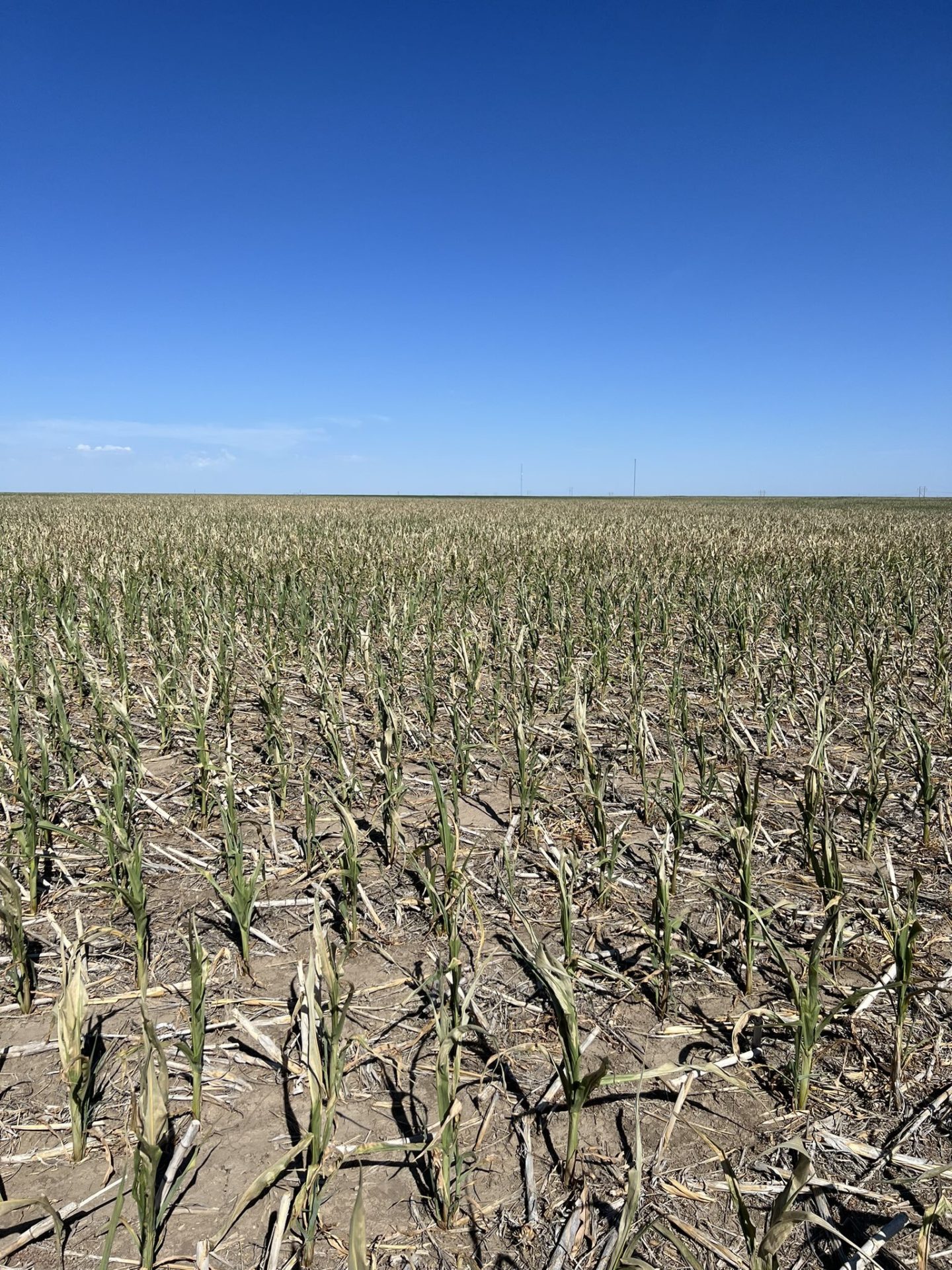 A Western Kansas farmer says there’s little hope for his crop this year.

“The best way for me to describe it is it’s absolutely devastating.”

David Schemm of Sharon Springs tells Brownfield his dryland corn has been lost to extreme heat and drought. “There’s several fields where we can write off.  The corn has only gotten to about knee-high.  The plants are actually dying or already dead.”

He says his sorghum isn’t much better. “They’re hanging on.  They’re not looking the greatest.  Those leaves are starting to roll up by the time we it 10 o’clock in the morning and they don’t unroll until late at night.”

And, Schemm says, he’s concerned about the financial outlook for his operation. “We spent a lot of money on input costs, high dollar fertilizer like that and other chemicals like that.  It’s pretty depressing to see the situation surrounding these crops.  They are just simply dying because we cannot get any rain.”