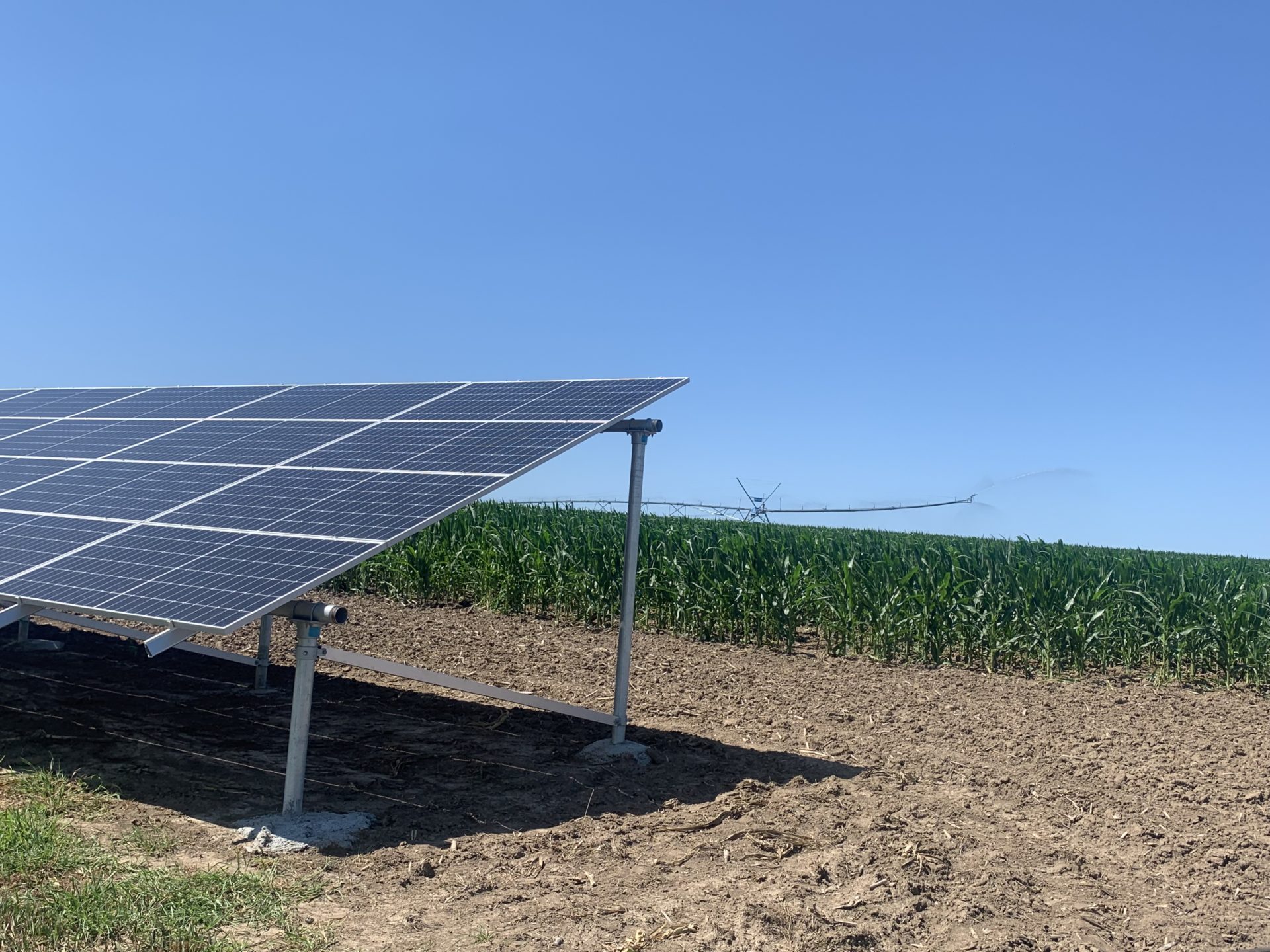 A farm in South-Central Nebraska is the site of one of the nation’s first solar-powered center pivot systems.

Valley Irrigation and Farmers National Company recently partnered on the project, which provides power to a 7-tower, corner arm machine to help offset energy consumption to irrigate the field.

Matt Gunderson is with Farmers National Company and says it helps producers become more sustainable and increase return on investment. “We create some on farm generation not only to power a farm, but how do we tie it back into the grid system to support the electricity needs that are out there? And, long the way with it, sell that electricity back for some excess needs and create some investment opportunities and income generation for producers.”

He tells Brownfield a set of solar panels take up about a quarter of an acre to power the machine. “It’s taking and capturing 94 percent of the sun’s rays and turning that into a electricity through a converter and dumping it from direct current into an alternating current within the local power district so it’s feeding directly into the local power grid and then that loops through and feeds back into power the pivot.”

Gunderson says the well unit isn’t powered by the set up and would take about an acre of solar panels to provide enough power.

And, he says, the lifespan of the panels are about 20 to 30 years, the same as the pivot system.