National Drought Monitor shows drought is intensifying in the U.S. 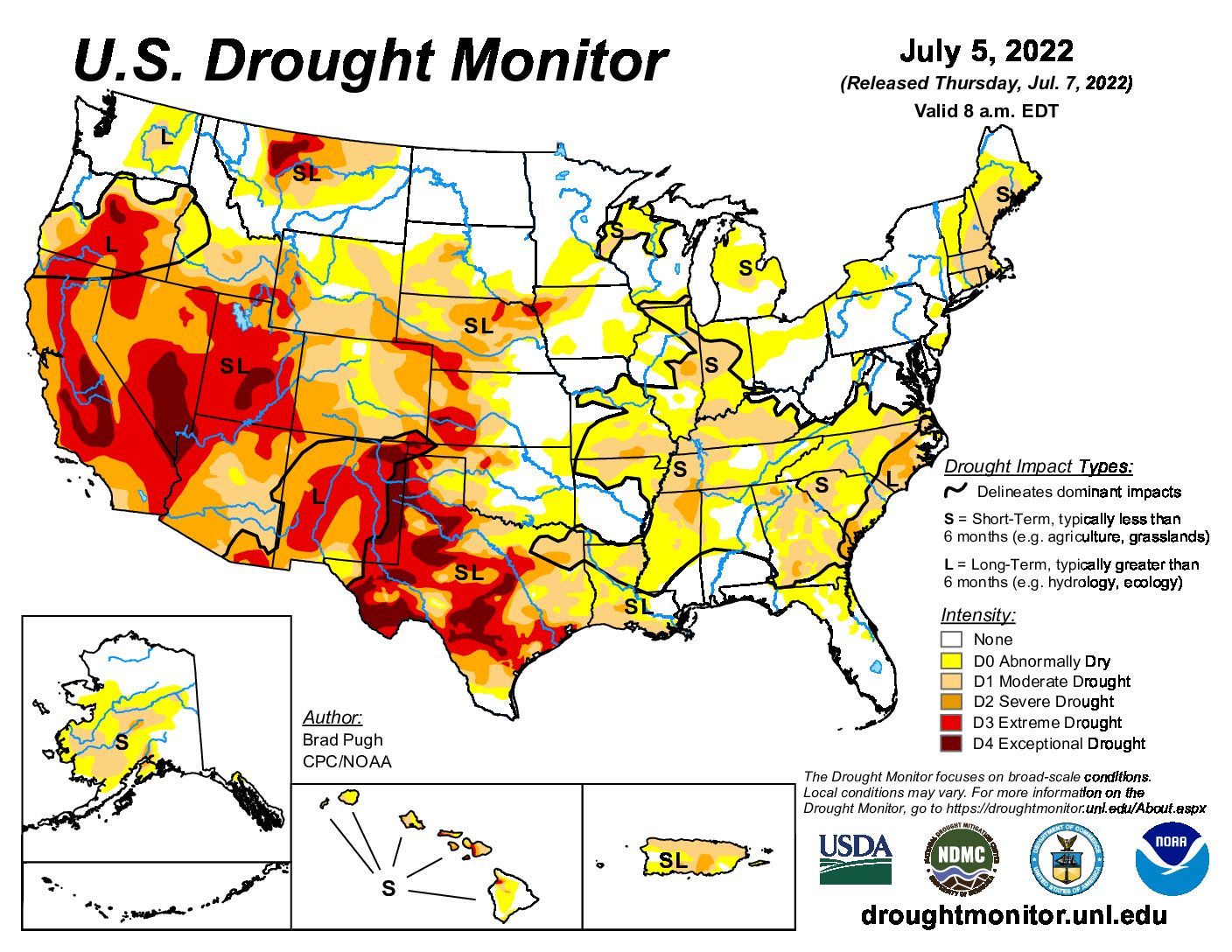 The latest U.S. Drought Monitor shows that extended dryness has intensified across much of the Corn Belt.

Brian Fuchs with the National Drought Mitigation Center tells Brownfield areas of Indiana, Illinois and Missouri experienced flash drought last month, but that’s changed. “Conditions were pretty good during planting season and there was pretty good moisture across much of the Midwest. Then over the last couple of weeks, we have seen this degradation and drought intensification and now we’re seeing more and more of that moderate drought being introduced in the Eastern Corn Belt.”

He tells Brownfield parts of Kansas, Iowa and Nebraska haven’t gotten much relief. “Northeast part of the state and Northwest Iowa – that area has been persistently dry for some time now and we’re starting to see that intensification of drought.  You can almost draw a line from Northeast Nebraska to down to Southwest Nebraska into Northeast Colorado and Northwest Kansas.”

And, he says, may crops are suffering in the western areas of those states, while other parts have improved. “It seems like through Iowa, southeast Nebraska into Eastern Kansas, they’ve been in a favorable position of getting really good precipitation and that includes Northwest Missouri as well.”

Fuchs says the Delta region has experienced variable conditions. “For much of that area, we’re seeing pretty good conditions right now. Again, they had that flip of the switch that we’ve seen in other parts of the country where conditions were worse.  They’ve gotten better, but we’re seeing some of that drought and dryness start to develop back into those regions.”

According to the map, the position of the U.S. in drought increased to 44.3 percent, up two percent from last week and 5 percent from 3 weeks ago.