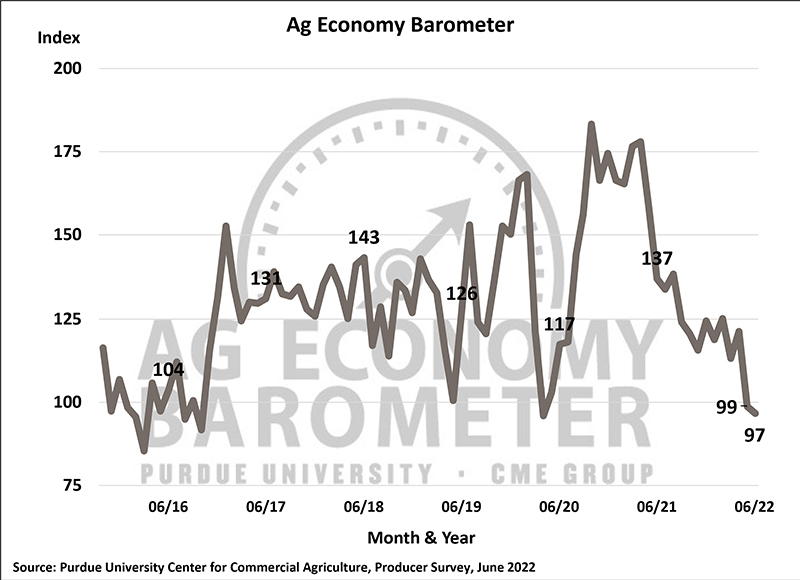 Ag economist Jim Mintert says the Purdue University/CME Ag Economy Barometer dropped another two points in June.  “Producers are much more negative about what is taking place in terms of sentiment in both on the farm and in the ag economy in comparison to this time last year,” he says.

The reading of 97 is the lowest level it’s been since October 2016.

Mintert says producers became much more negative about what’s going to happen down the road and that was evident in the Index of Future Expectations.  “A question that we posed to producers about what they expect in regard to their farm’s financial condition a year from now compared to where they are today,” he says.  “Fifty-one percent of respondents said they expect their farms to be worse off financially than where they are today.  That’s the most negative response we’ve ever gotten to that question going back when we started the survey.” The survey began in 2015.