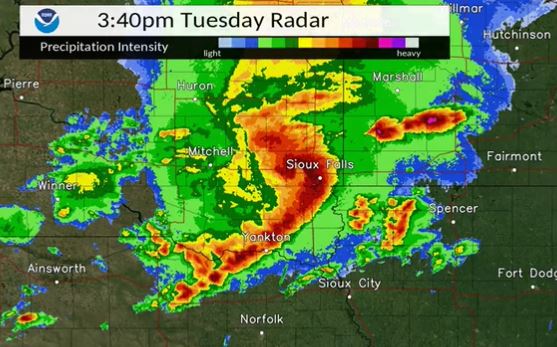 Phil Schumacher with the National Weather Service in Sioux Falls tells Brownfield the storm was classified as a derecho. “Multiple wind gusts over 75 miles per hour,” he said. “There’s lots of tree damage across the area. We know there were crops that were flattened, and there was some structural damage. Fortunately, that seems to be a little bit less than what we saw back in May.”

He says they are still gathering damage reports from rural areas. “It’s been a pretty active and destructive year across this part of the country,” Schumacher said. “It’s the second derecho we’ve had this year.”