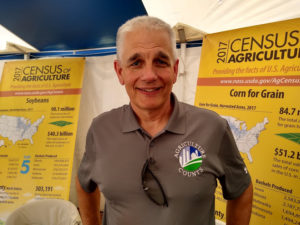 Wisconsin’s egg production during the month of May was up ten percent from the previous month, but down 33% from the same month last year.  USDA’s Wisconsin statistician Greg Bussler tells Brownfield that avian influenza influenced those numbers.

The average number of all layers in May was just over five million, up 4% from the previous month as the flocks began to recover, but nowhere near last year when avian influenza was not a problem.

Wisconsin’s first reported case of avian influenza this spring was at an egg producer where 2.7 million hens were depopulated in March.