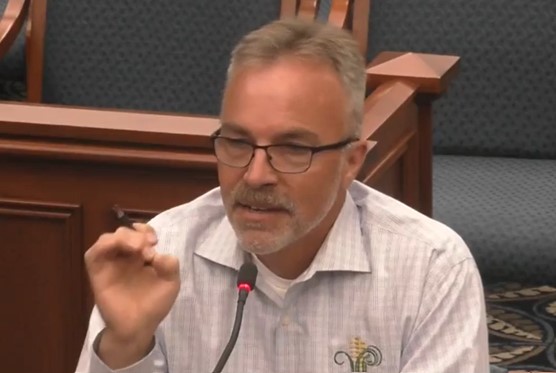 Legislation in Michigan that would provide a tax credit to retailers for installing pumps and tanks for higher ethanol blends has support from farmers and the ethanol industry.

Michigan Farmers Union President Bob Thompson testified before the state senate’s ag committee Thursday morning, saying 40% of the nation’s corn is used for ethanol and value-added co-products. “Statewide availability of E15 across Michigan would drive demand for an additional 78 million bushels of corn annually boosting incomes for our family farmers.”

General Manager Emily Boynton from POET refining’s facility in Caro told the committee Michigan can do much more to reduce emissions and save consumers money by passing this bill. “Unfortunately, there are just ten sites offering E15 in Michigan today, far behind our other Midwestern states. As a matter of fact, this year, Iowa passed a law requiring stations to offer E15. In addition, we have Minnesota, Missouri, Nebraska, Indiana, and Ohio introducing similar legislation.”

Farmer Jeff Sandborn raises crops including corn near Portland in Ionia County and has served on state and national corn boards before becoming a board member with Michigan Farm Bureau. He says, “It’s market share, and if we can give consumers choice, that’s competition, and ethanol is locally produced from locally grown corn. It can never be outsourced to another country. Corn will always be raised in the Midwest. It’s what we do best.”

Carson Berger with NuvuFuels in Michigan, Joe Kakesh from Growth Energy, Jane McCurry from Clean Fuels Michigan, and Chuck Lippstreau with the Michigan Agribusiness Association all spoke in favor of the bill. Megan Tinsley with the Michigan Environmental Council testified against the bill. Michigan’s State Treasury is also opposed to the bill.