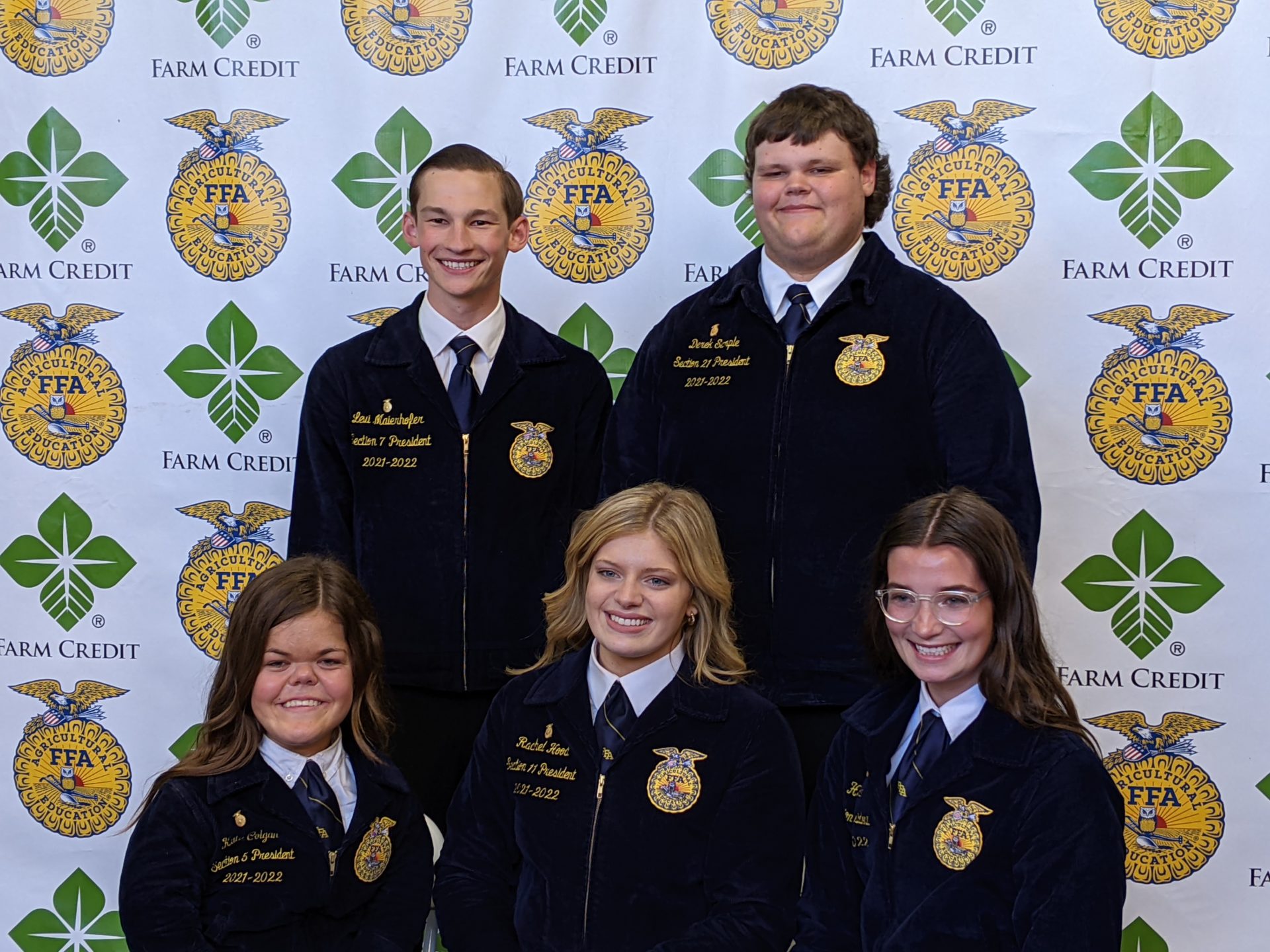 Major state officers for the upcoming year were elected Thursday during the Illinois State FFA Convention. Delegates cast votes in person for five state offices and elected Rachel Hood of the Rushville-Industry FFA Chapter as President. Derek Sample from the Sesser-Valier FFA Chapter was elected as Vice President. Levi Maierhofer of the Seneca FFA was selected as Reporter. Haley Bode of the Waterloo FFA was elected Secretary and Kate Colgan of Laura and the Princeville FFA was elected as Treasurer.

Incoming President Rachel Hood said the experience is overwhelming, but she’s proud of being ready for the moment when delivering her speech.

“Honestly, I’m so excited to serve Illinois FFA for another year and really, I have to say that I’m proud of myself too,” she said. “I struggled with anxiety as a kid and I hated being in front of large crowds and that fact that I could stand up there today and give a speech just made my younger self proud; and that’s who you always try to make proud. But I hope that this year serving Illinois FFA, I can make them proud as well.”

Derek Sample said that one of his goals over the next year of service is make sure that he can impact as many other FFA members as possible.

“I just want to connect with as many people as possible and show people from smaller schools or less active schools that just because someone tells you something is hard or tells you can’t do it all, that if you set your mind to something you can go and do it,” he said.

The 94th FFA Convention wrapped up in Springfield on Thursday afternoon.