Contrary Brewing of Muscatine is excited to announce their Name That Tune trivia event is back for the third Wednesday of the month and will be held June 15, 2022, at 6 p.m.

During the event, clips of varying songs will be played and your team must guess the correct song title and the artist. Up to eight people may be on one team.

Prospective players are encouraged to arrive early to secure a table. 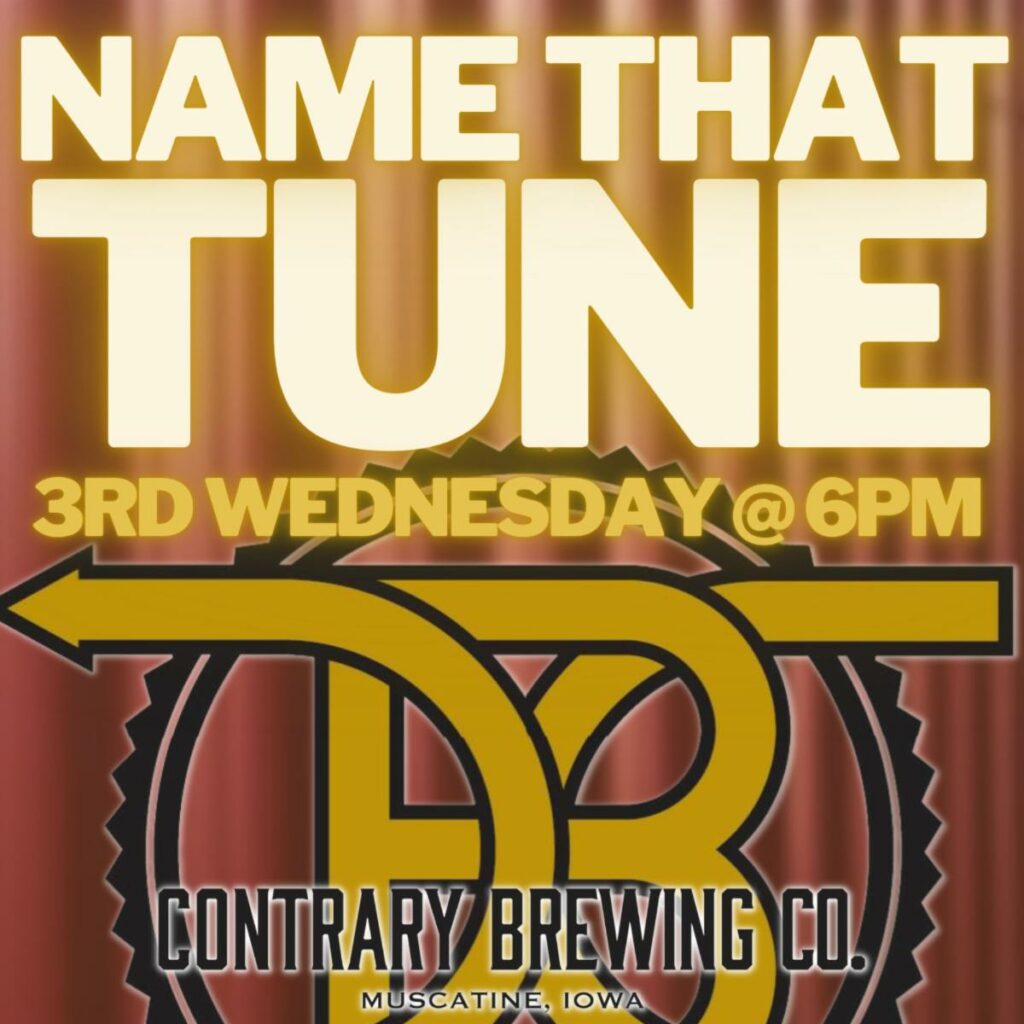 About Kassidy Watson-Perry 149 Articles
Kassidy Watson-Perry is a 24-year-old multimedia creator currently residing in North Carolina. A creatively driven individual since she was a youngster, Kassidy is a 2021 honors graduate of Elizabeth City State University where she received her Bachelor of Arts in Digital Media Arts. During her time there, she gained extensive insight into the world of mass media including but not limited to radio and film/television. In addition, she explored the versatile world of digital marketing and public relations. She considers herself a jack of all trades. She has received numerous accolades for her freelance work in writing, video production, photography, and graphic design which she practices in her spare time. Her coursework has ranged from Technical Writing, to Social Media Analysis, to Broadcast Journalism. Kassidy currently works for JAM Media Solutions LLC as a content provider for company-owned media outlets OBX Today and Voice of Muscatine.