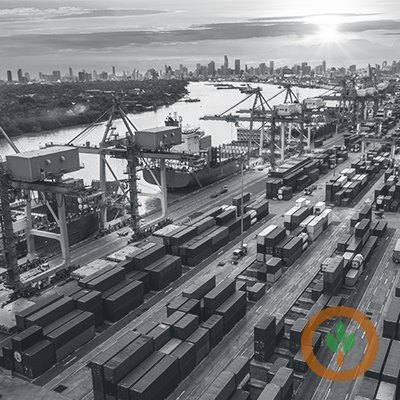 The bill passed the House on a 369-42 margin and would require ocean carriers to certify the detention and demurrage charges comply with federal regulations.  The bill also shifts the burden of proof for unreasonable detention and demurrage from the invoiced party to the ocean carriers and prohibits the carriers from unreasonably declining to accept U.S. exports.  The legislation would also require ocean carriers to report quarterly on total import and export tonnage, and authorize the Federal Maritime Commission to self-initiate investigations into a carrier’s business practices. The Federal Maritime Commission will be writing the specific rules once signed into law.

The bill by Senators Amy Klobuchar of Minnesota and John Thune of South Dakota is reportedly more acceptable to shipping companies than a similar bill by Representatives John Garamendi of California and Dusty Johnson of South Dakota.  Representative Ron Kind of Wisconsin says ocean carriers have reported record profits while rising shipping costs and bottlenecks at our ports are creating challenges for American businesses and farmers.  Kind says this bipartisan bill will help level the playing field for American exporters and consumers.

President Biden has said he will sign the bill.

Agricultural organizations including the American Farm Bureau Federation are applauding the bill’s passage.  AFBF President Zippy Duvall says an estimated 25 billion in agricultural exports have been lost in the past six months because of ocean shipping restraints.

The North American Meat Institute’s President and CEO Julie Anna Potts applauds the passage saying, “The problems at our ports include delays of shipments of American-made goods to overseas trading partners due to the unreasonable practices of foreign-owned ocean carriers and these delays are a huge cost to meat and poultry companies as their perishable products await transport.”

U.S. Meat Export Federation President and CEO Dan Hallstrom says, “In these times of rising input costs, it has never been more important to maximize the value of our agricultural products, and the best way to do that is to ensure access to the international marketplace. This legislation takes important steps forward in improving the shipping services available to U.S. exporters.”