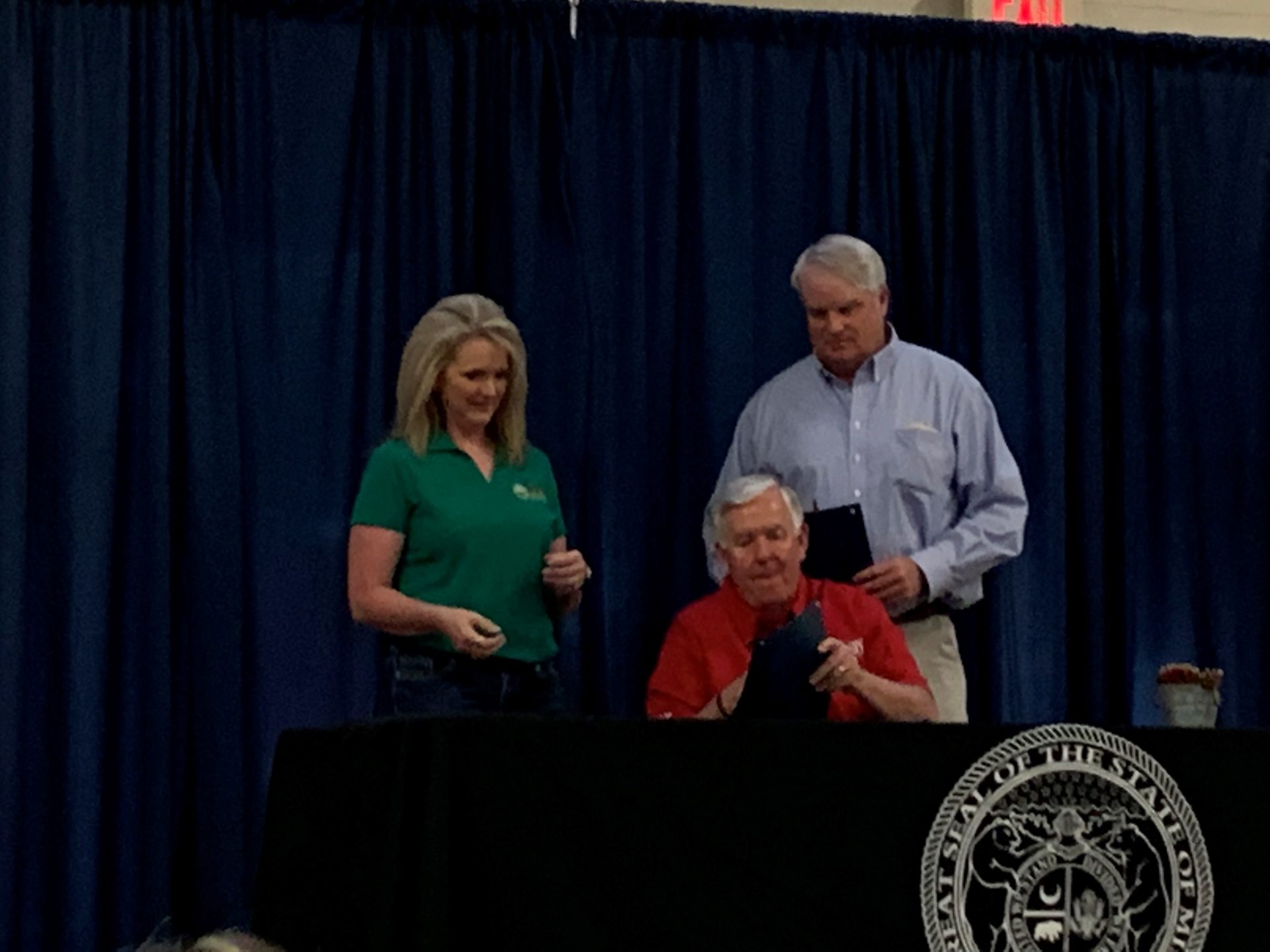 The new law limits eminent domain use by private companies to acquire land.

The legislation stipulates land acquired using eminent domain in the state must be purchased at 150 percent market value and ensures future energy projects within Missouri must send at least an equal proportion of the power produced in the state to Missourians.

The bill was sponsored in the House by Mike Haffner and carried in the Senate by Jason Bean.

Private property rights expansion has been a legislative priority for several state ag groups including Missouri Cattlemen’s, Missouri Farm Bureau and others. The legislation becomes law after a version of it was before the Missouri legislature for eight years.