Factors farmers should consider before replanting after wind, hailstorms 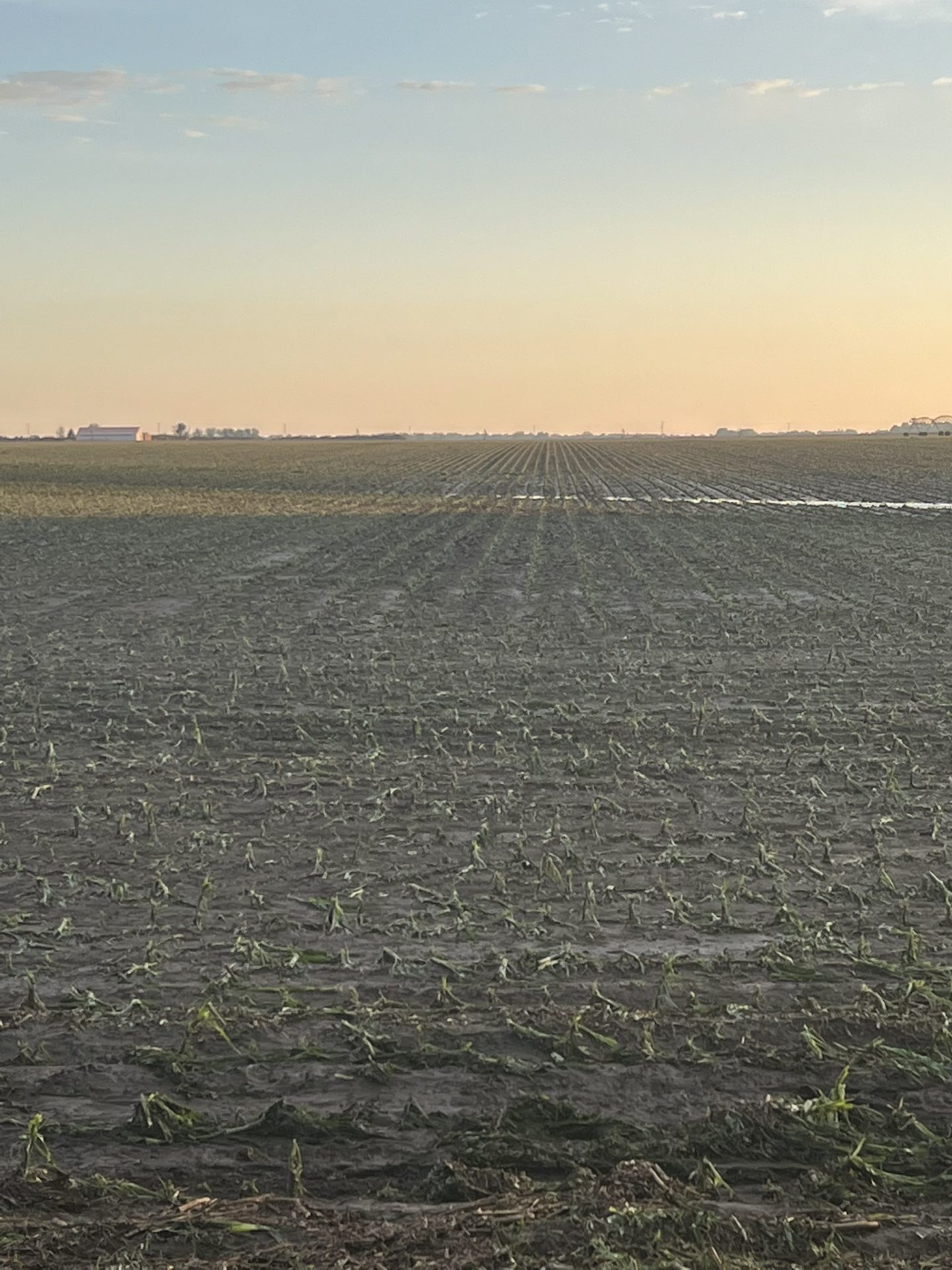 Some farmers across the Corn Belt are deciding whether to replant after strong winds and hail recently damaged crops.

South Central Nebraska farmer Jay Reiners tells Brownfield he’s unsure how much of his corn and soybean crop will survive. “We’ll cross that bridge when we get to it. It’s past replant date. It’s so muddy out now. First soybeans and then I’ll need to figure out what to do with the corn crop.”

University of Nebraska Extension Educator Jenny Rees tells Brownfield farmers should wait at least a week before making decisions. “Try and get out there. Look at what your field looks like. Do some assessments, maybe even flag some plants so you can watch some regrowth.”

She says farmers should locate the growing point on the tallest corn plant to determine if its above or below ground. “I’ve just been taking my finger and measuring where the soil line is to where the growing point is. That’s been giving me an indication of stubs in the field of what might survive or might not survive.”

Rees says the growing point for corn is typically V5 or V6 above ground and less than that for below ground.

She says soybeans have several growing points and the plant should survive if the lowest one isn’t damaged.