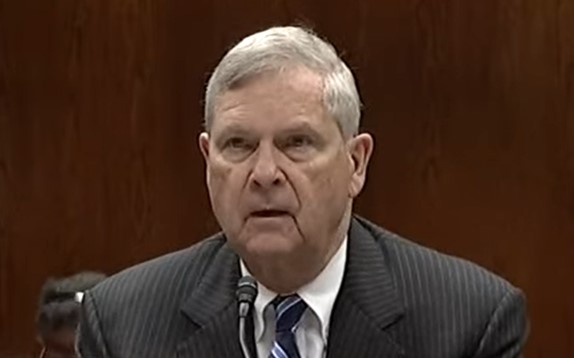 Dairy producers, processors, and other stakeholders will have to agree on one dairy pricing plan.  That’s according to Ag Secretary Tom Vilsack who tells Brownfield it doesn’t make sense to open up the Federal Milk Marketing Order hearing process until they do. “If you have too many competing proposals, essentially, you’re back to the same old same old and it makes it more difficult because it’s easier to sort of stalemate the process.”

Vilsack tells Brownfield he believes having all of the dairy stakeholders iron out the issues before opening up the federal order hearing process has the greatest chance of affecting change in a place where a significant percentage of producers think change is necessary. “I think everybody agrees, or most everybody agrees that changes are necessary. Where there is disagreement is precisely how to structure those changes to deal with the regional difference in dairy, and I think its going to be important for folks to sit down, work through those difficulties and see if they can come up with a consensus.”

Last week, the American Dairy Coalition sent Vilsack a letter asking him to clarify if he would allow the hearing process to vet different milk pricing options or if the dairy sector had to agree to something first.  The letter says there is an industry-wide consensus that the Class I milk pricing change made in the 2018 Farm Bill needs amending, though there are differences in how this should be accomplished.

ADC board’s letter to the Secretary also says any move to increase processor make allowance credits should be linked to achieving transparent milk pricing for farmers.