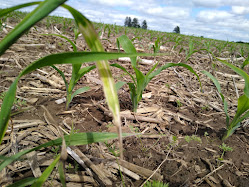 The asparagus harvest is in full swing.

Many Michigan farmers are cutting first-crop alfalfa hay.  Petals are falling from apple trees.  Tart cherries are in shuck or shuck split.  Peaches are in the shuck.

USDA says many of the vegetables including tomatoes, peppers, and eggplants are getting planted now, as well as sweet corn.

Eighty percent of Michigan’s corn is planted with 47% emerged.

Sixty percent of the soybeans are planted, and 33% of the beans have emerged.

Almost all of the sugarbeets are planted with 88% of them emerged.