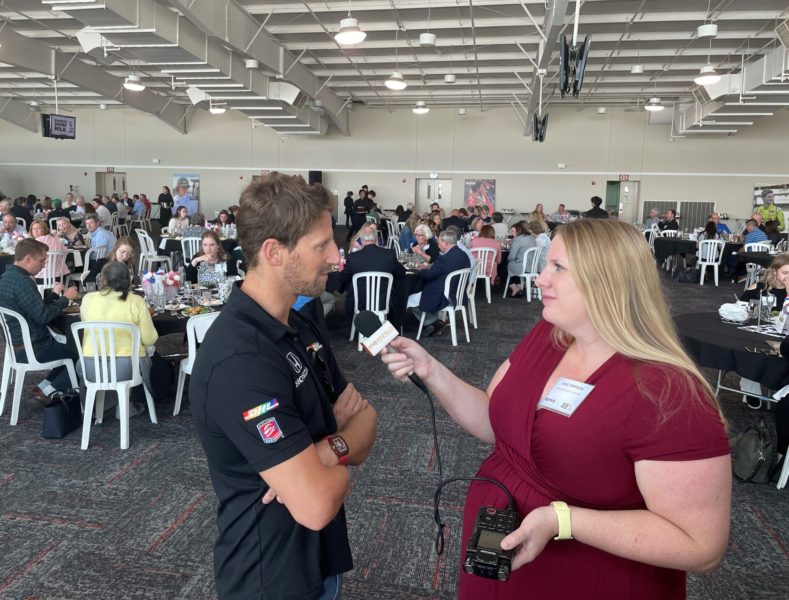 Romain Grosjean tells Brownfield “performing the Indy 500, I would be happy to drink the whole bottle milk. I think it’s a cool tradition and I like it. It’s important to keep traditions going.”

If he takes the prize on Sunday, Grosejan says he would choose whole milk.

Since 1975, ADAI has awarded Fastest Rookie honors to the first-year driver who achieves the fastest four-lap average speed among fellow rookie competitors during qualifications for the Indianapolis 500. Seven rookie drivers were recognized this week during the 48th Annual Fastest Rookie Luncheon.

Grosjean, a rookie IndyCar driver, has raced in Formula One for 10 years. He qualified for the Indianapolis 500 with an average speed of 231.999 miles per hour and will be driving Andretti Autosport’s No. 28 DHL Honda.

“It’s been a great experience and I’m really enjoying it,” he says. “There’s a lot of tradition, but it’s fun and there’s a really good atmosphere with the other drivers as well. I’m excited for the race.”

The tradition of drinking milk as a post-race celebration began in 1933 when Louis Meyer, the first three-time winner, requested buttermilk after winning the race.