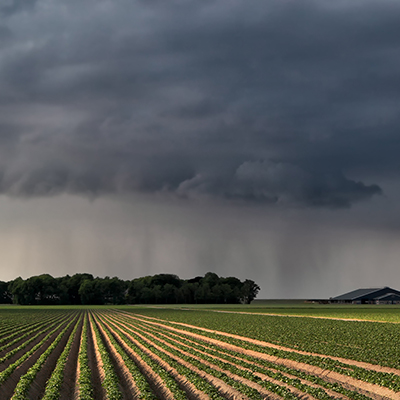 A South-Central Nebraska farmer says he’s wrapped up planting after being delayed by severe drought and then rain.

Andy Jobman of Gothenburg tells Brownfield “It was a pretty unusual planting season from the starting point, we were extremely dry.  It was probably one of, if not, one of the driest springs that anybody’s seen in our area.”

He says irrigated many fields to help recharge the soil. “A lot of the strip till dried down 4 to 5 inches so that was going to make planting really difficult.  Even running the pivots, it helped but it was not as good as what the rains we eventually did get (and) what they did to improve the planting conditions.”

Jobman says a rain event earlier in the month delayed planting for 10 days. “After that, it was pretty smooth sailing for us out here. We dodged some of the later May rains that allowed us to keep rolling.”

He says there have been few emergence issues and rain is forecast this week.

Jobman serves as President of the Nebraska Corn Growers Association.